Mutants On the Edge 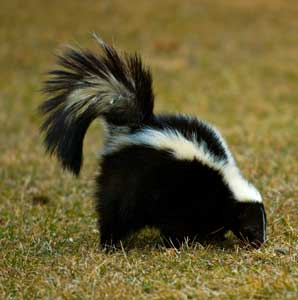 Harvard economist Michael Porter surveyed 100 industries in 10 countries and found that the source of innovations came typically from outsiders. Turbulent times are upon us -- there's no escaping that fact. If you run an established company and you want to ensure your survival into the future, you need to start your own skunk works -- a team of outsiders who innovate for you.

A skunk works is your own private top secret research and development department. This team needs to be separated from the rest of your company. They need to be your best and brightest and they need to be left alone to innovate. They must have the freedom to fail.

The purpose of your skunk works is to mutate your business to adapt to tomorrow. Mutation is a biological imperative. External forces causes fractional changes to DNA until an advantageous mutation is found. As time passes, the failed mutants die off and the advantageous ones overtake the whole population. Eventually positive mutations become the new normal.

But mutations only happen on the edges. At the edges there is less friction and more chaos. Mutations cannot happen inside rigidly ordered environments. In the center, mutants must compete with the establishment where they have no chance to survive. On the edges they are only forced to confront other mutants where the best will rise to the top. Kind of like the X-Men but with less spandex.

Now apply that same logic to your skunk works. By keeping them away from the rigidly controlled corporate managed center of your organization, you give the members of your team the chance to explore mutations. Without the constant grind of mandated success, they are free to fail -- and fail spectacularly too.

It is incredibly important that you also protect your skunk works team from the pressure to produce results until their ideas have had a chance to mature. New ideas from the edges will always have rough edges that need to be fixed before the idea is "ready for prime time."

Do you have a skunk works?