BHF and I were watching television in a New Orleans hotel room when we first saw this LifeLock commercial:

We both laughed out loud, wondering how long it would take for the CEO's identity to be stolen. By March 2008 we found out. 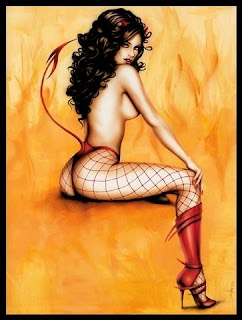 Don't tempt the devil. It's just plain stupid. History is full of examples, from the "unsinkable" Titanic to Ubisoft's purported unbreakable DRM system which was cracked in under 24 hours. When you brag about your power -- you're inviting attack.

In all these cases people bragged about the power of their defenses. The Titanic was built with multiple, separate compartments which made it impossible to sink. Until the iceberg decided otherwise.

When you brag about your defenses you invite attack. You may have built the greatest armor in history but someone will eventually build the bullet that can beat it. Remember, the bullet maker can fail thousands of times without penalty but the armor only needs to fail once to kill you.


Keep your best defense a secret -- no one can attack it if they don't know it exists. During World War II the British kept their radar systems a closely guarded secret. This technology allowed them to direct their air forces with greater precision against the Nazis. But if Churchill had bragged to the newspapers about it he would have given up a major tactical advantage.
Learn from history. Loose lips (and icebergs) sink ships.

If you liked this article, email it to a friend!

Make sure you never miss another article from The R-Squared Method. Sign up for email or RSS feeds at http://www.lourg.com/subscribe.shtml.
By Unknown