Technological Unemployment & the Future of Jobs

As more jobs are lost to technology, a new series of "pain points" will emerge that cannot easily be solved by machines. These pain points are the future careers that humans workers will fill. Sadly, there is an enormous delay between the loss of a career and the discovery of a pain point that only a human can fill. 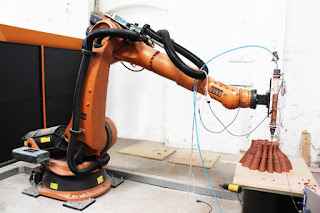 Despite all the political arguments, taxes have little bearing on employment. I have never met an entrepreneur who cried that if only his taxes were a little lower, he could afford to hire. Its a silly argument. The reality is that businesses hire people to solve problems -- to alleviate a pain point. The moment that pain point no longer exists, so too does the job vanish. It is the nature of industry and work.

The simplest example of a major pain point that led to significant new job creation is federal legislation or regulation, like Sarbanes-Oxley or Dodd-Frank. In these cases, the federal government introduced a host of regulations which included the threat of significant pain for non-compliance. As such, the industries in question hired people to alleviate those pain points.

Before my Conservative friends start sending me nasty emails, let me say I am not in favor of heavy handed federal regulations as a means to create jobs. Quite to the contrary. I am simple listing this as an example of how corporate pain creates jobs.

In the absence of immediate pain, the reason it takes time is because pain points tend to emerge gradually. At first it starts as an individual, minor nuisance. Over time, those individual nuisances accumulate until they blossom into a full blown pain in the corporate ass. That's usually the moment when someone in a position of authority decides to hire ANYONE to take care of that nuisance. If enough of that kind of pain is felt throughout an industry, then a new career is born. If it gets to be a big enough career, eventually, they'll even teach classes about it in universities all over the world.

As robotics, artificial intelligence, and 3D printing approach ubiquity, we will start to see more pain points emerging. I predict that many of those pain points will emerge at the intersections of those technologies and their interaction with humans. Aside from the obvious technician to service your 3D printing robot, we will see other careers emerge which, today, seem to be the stuff of science fiction. That's OK. You'll be able to talk it over with your AI Human Resources Therapist.