I've spent the greater part of the last few months mulling ideas and trying to coax them into something I can write about. I leave it up to my readers to decide if I have been successful.

It is abundantly clear to me that we are on the cusp of a new revolution in how we work, live and play. New technologies have created new opportunities. However, some technologies have significantly more impact than others. These so called "foundational technologies" are critical because they enable significant expansions in innovation.

A foundational technology provides the platform for a whole new range of possibilities. As more people tinker with the new foundations, they build alternative solutions to existing problems. The controlling interests in any foundational technology love all these offshoots because they make their product/service that much more useful. In essence, they create an ecosystem based around their foundational technology which inspires further innovation. This is the network effect but on a much larger, more diverse scale.

Let's start with the most well known foundational technology in modern life -- electrification.

Starting in the 1880's, industrialists in the United States and Great Britain began to build electrical power plants and massive copper wire networks to sell electrical power. Over time, electrical utilities spread throughout the advanced world, bringing light and power to their customers. This sparked the birth of the electrical appliance industries -- dishwashers, dryers, blenders, ceiling fans, and so forth. Today everything seems to come with a power cord. Electrification is the foundational technology of the modern world. 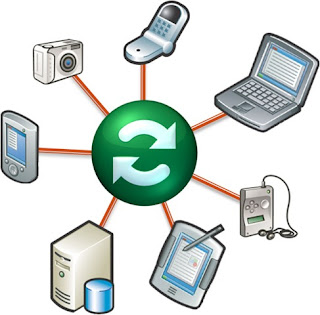 More recently, we have seen how digital computing has become a foundational technology, not just the computers themselves, but the internet as a whole. Computers and the internet have enabled new methods for working, sharing, living and playing. They have also provided the platform for the creation of new businesses and lifestyles. Like a pyramid, electrification led to digital computers which led to the internet. Each one builds upon the other but the child cannot exist without the parent -- a computer without electricity is an expensive paperweight.

I contend that this current convergence will create a host of new foundational technologies which will rewrite society.

What happens when 3d printers become ubiquitous? What happens when every one has cheap, immediate access to 3d printers capable of converting computer bytes into molecules? How does the world (and your business!) change when anyone, anywhere can manufacture anything they imagine?

Call us today for these (and many more) answers to help you navigate the future. There is no time to waste! These science fiction dreams will become reality within the next decade. (305) 423-9574