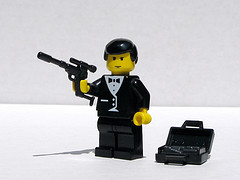 Worried that his son was spending too much time playing an online video game, a father in China hired virtual assassins to hunt down and kill his son's online characters. The hit men succeeded, but the young man kept on playing.

Whatever you think of his parenting style, you cannot deny that he created a job. A contract job, but still an exchange of value. As we delve further into digital technology and extend a data layer over the entire world, jobs that are currently unimaginable will become critical and lucrative. I doubt there will ever be big money in video game assassinations, but there may come a time when digital reputation protection is critical.

Chronic unemployment will be with us for the next few decades until these new jobs emerge. It takes time because no one has discovered those jobs yet.