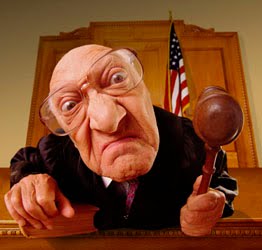 After a furious rush of online activism, the SOPA/PIPA legislation in the United States was shelved. In short, this legislation would have allowed police agencies to remove websites they deemed to violate copyright laws from the domain name system.

At it's heart, this was a poorly thought out law. Just because you eliminate my Dot Com name doesn't mean you eliminate access to my web pages. The internet works on Internet Protocol addresses which the Domain Name System converts from machine addresses into the familiar .com names that are easily remembered by mere mortals. However, SOPA/PIPA did nothing to eliminate your machine readable address -- meaning this was completely useless legislation since it would not stop those websites from sharing pirated content.

Those who follow me on Facebook know my stand on this legislation. Any law that is inherently unenforceable is a waste of time and money. But, my concerns run deeper.

However, what is of much, much larger concern is how this law seeks to subvert over 200 years of the Prosecutor's Burden, most specifically, the presumption of innocence.SOPA allowed law enforcement to remove your website from the domain name system without a trial or any other form of due process. Simply the suspicion that you were involved in copyright violations was enough to remove your domain. This is in complete violation of the principles of American jurisprudence.

Not surprisingly, I have also heard that RIAA and the other industry lobbying organizations that supported SOPA spent $1 billion to get this law passed. I wonder what might have happened if they had invested that money in innovation instead. Trying to stop online piracy is like bailing out the Titanic with a thimble.

Historically, powerful businesses when faced with seismic changes in their industries have sought the protection of Congress. With the out-sized influence of corporations on our politicians, this trend will continue. SOPA will not be the last we hear on this subject.