Gaming the System - Why Metrics Fail 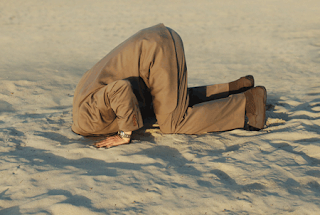 “What gets measured, gets managed.” – Peter Drucker

Ever since Dr. Drucker's insight, businesses have tried to measure every element of human productivity. Entire industries have been born the help businesses better measure and track results. The theory is that the more you measure, the more you can manage.

But there's a problem with this logic.

Some of the best examples of this failure can be seen in the actions of the U.S. government. The most egregious example which comes to mind was back in 2004 when the Bush Administration reclassified fast food workers. Under the old classification, flipping burgers at McDonald's was considered a service job, but since 2004 it is now considered a manufacturing job. This allowed Bush and his cronies to claim they created 2.6 million new manufacturing jobs in 2004!

Nonsense. They didn't any create jobs -- they simply changed the way they measured those jobs and saw a huge political boost because of it.

The danger of any metric is that people will always try to game the system. They will find new and creative ways to make the metrics look better. Management will smile and look the other way because the inflated numbers make them look good too. This devolves into a downward spiral until those numbers are completely meaningless.

Don't think you're business is immune. We all do it to some degree whether it's understating your weight or padding sales figures. The only protection is to cross verify your metrics and to reward honesty.

First and foremost, don't develop complex metrics. Simple, easily verifiable metrics work best. That means avoiding some of the more expensive metrics software packages that are out there. Instead, focus on home-grown metrics that really make a difference to your business.