The 3 Causes of All Technology Problems 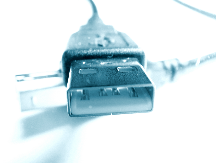 The longer I work in the tech industry, the more I am convinced that there are only really 3 sources of all technology problems:
Capacity is the physical capabilities of the machines. Usually, it's something physical, like memory or hard drive space or speed of the beast. Push them, and they can only take so much. Or, as my favorite TV space engineer used to say “She canna take no more Captain!” Everything has its limits.
Functionality is whether the damn thing works or not. Either it works or it doesn't work - hardware, software, connectivity, who gives a damn? It doesn’t work? Then it’s broken.
But there are different degrees of "broken." Like car tires, you might not replace them the instant the manufacturer's specs say you're supposed to because they still look OK. They work well enough so let's get a few more miles out of them. Your technology might work well enough -- or it might not. That's where Usability kicks in...
Usability is when it works -- but it sucks. It's too slow, it has too many steps or it's too limited, too dumb, too smart, whatever. The point is there has to be a better way to get things done.
So the next time your computer technician comes to talk to you (or you go to talk to the boss), instead of listening to endless streams of gigas and teras and other TechnoGeek, just ask if it's a capacity, functionality or usability problem instead. Cut through the tech-talk and get to the heart of the issue so you can make a decision with actionable information.
Could someone you know benefit from a common language for IT and management? If yes, then share this article with them.