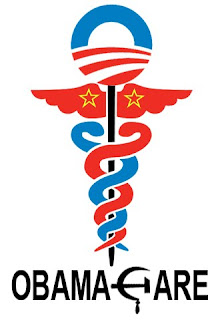 With Monday morning's passage of the Healthcare Reform Bill, emotions across the USA are all stirred up. Some are elated and others are terrified, mostly depending on the news station they watch. The political battle has ratcheted emotions up into a fever pitch. But there's nowhere for those emotions to go, so they lash out wildly.

Monday on Twitter two fools called for the assassination of President Barack Obama. These two morons are now the subjects of Secret Service investigation. This means they'll have federal detectives crawling up their rectums looking for foul odors. Because they gave vent to their frustrations, they have just opened the proverbial can of worms. A few minutes of relief in exchange for months of misery.

Now, what if someone in your office decides to post a similar opinion from one of your business computers? How would you like your company to be the subject of multiple investigations? How'd you like the Secret Service descending on you like plagues of furious, gun-toting locusts?

Look, if you like attention from government investigators -- then go for it. Personally, I hate it when the fire inspector shows up to check the fire extinguisher. I'm always waiting for him to find something he doesn't like.

You must have a social media policy to protect yourself. If you don't, then now is a good time to think seriously about it. You must protect yourself and your business from these random acts of stupidity. Especially if you live in a politically charged area.