The Rising Dragon: Why China's Growth is Unsustainable 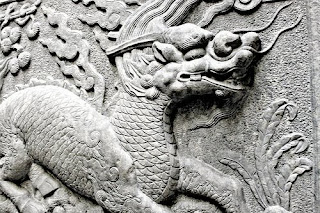 Back in the 1980's the press was awash with hysterical stories about the mounting threat to America from Japan. Japanese companies were purchasing American companies, so the press shouted that soon all American industry would be owned by Japan. Real estate prices in Japan were substantially higher than in the U.S., somehow proving the strength of their economy. Even the esteemed author Michael Crichton wrote a best selling novel called Rising Sun, which was all about Japanese business warfare spilling onto American soil. If we listened to the press, we all imagined Japanese samurai in expensive designer suits planning the conquest of America.


Now, here we are 28 years later and Japanese is not the official language of the U.S. Somehow the great menace lost it's teeth in the face of a terrible recession and unsustainable business practices. The great threat disappeared and our press didn't seem to notice.

But now, the media has found a new threat. Wild predicitons, dire warnings and excessive fawning all mark the media's relationship with China. Take for example Roger Cohen's op-ed in the New York Times "The Baton Passes to Asia" where he practically falls over himself to praise China's booming economy.

Asia is experiencing double digit growth. China is growing at a phenomenal 11% rate which is unparalleled. However, let's be clear, because of past economic mis-management they really have nowhere to go but up! Ever since Deng Xiaoping's famous quote: "It doesn't matter if a cat is black or white, so long as it catches mice," the Chinese government abandoned many government economic controls. But China remains a socialist nation, with a strong totalitarian regime in control.

That means China is now operating as a hybrid regime. It's a schizophrenic acceptance of free market business with totalitarian controls. That's as ridiculous as believing in world peace!

China is financing its incredible growth by mortgaging its environment. Pollution in China is at toxic levels. The vaunted Three Gorges Dam will be "...one of China's biggest environmental nightmares." China also mines and burns coal in the most dangerous and damaging ways. China is also ignoring a huge leap in HIV/AIDS infections by continually under-reported the number of infections. And just last month, 10,000 residents of Duguitala, Mongolia were evacuated because of rising waters from the Yellow River.

The Chinese have raped their environment to the point where they have mortgaged the future of their nation for short term growth. This means that future hyper-growth rates are unsustainable. Ridiculous predictions of how China will overcome the U.S. and the E.U. are unfounded.

It seems the media has found their new Eastern threat.