The Guaranteed "Sincerest Form of Flattery" 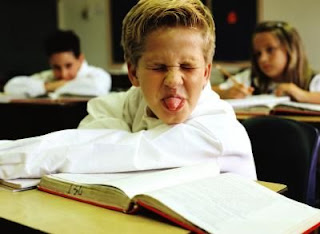 You want to flatter me? Don't imitate me. As anyone who's ever had some obnoxious kid ape their every move can attest, it's annoying as hell. Please people, beat your children when they annoy strangers in the supermarket! But I digress...

If you really want to flatter me, give me something I can use. Not sweaters (I live in Miami!). Not awards (I have enough!). How about something really, really useful, like... Money!

Money really is the sincerest form of flattery. When you give me money it's like an affirmation of my awesome-nosity.

The good news is that this rule really applies to everyone. The best way to flatter a human animal is to offer them money. The more the merrier, though some people have shown that they will spend more than the prize money just to win. I think that's awesome!

Humans have been offering cash prizes for accomplishments since just after we figured out how to bang rocks together. From tribal bounties paid for enemy heads to the X Prize, money has always been used as a way to express gratitude for a job well done.

The real brilliance of these schemes is that they leave the details up to the participant. The people paying the prize only care about the end result. You set the rules for success and let them figure out how to solve your problem.

The Ansari family put $10 million into developing private space flight with the X Prize. Eight years later the dream of commercial space flight was made reality. Since then, there have been several X Prizes aimed at oil spill cleanups, a 100 mile per gallon car and even one for a handheld medical scanner.

Gamification is the strategy of turning normal, everyday, boring tasks into engaging games. Normal games offer points and ranking systems of ever increasing power and capability -- your standard video game philosophy of advancement. But for real world, nitty gritty, heavy duty, hardcore problems you better kick in some cash. You'd be surprised what solutions can be cooked up for the right incentive.