Amazon's Outage & The Reality of the Cloud

As a long time proponent of the Cloud, I figured I should weigh in on the recent Amazon outage which has adversely affected so many businesses. 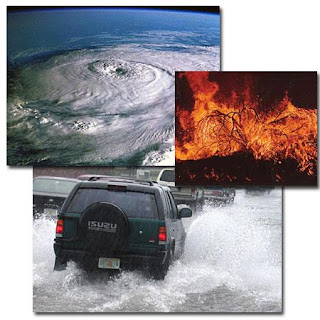 In case you missed it, on Thursday April 21st, Amazon's data center in Virginia suffered a catastrophic shutdown which caused numerous websites to fail including Reddit, HootSuite, Foursquare and Quora to name a few. It took until Monday, April 25th for most of the web services to recover. For more info, click here.

Many self-proclaimed pundits and Cloud detractors have shouted that this is a death knell to Cloud computing. They argue that this kind of failure will cause many businesses to run away from the Cloud in an effort to protect themselves from future outages. Personally, I think they're all idiots.

The Cloud is not a guarantee of 100% uptime. No one screams murder and insists that we buy home electrical generators when there's a blackout. Why? Because the economies of scale involved in setting up and running an electrical power plant make financial sense when you're selling power to tens of thousands of customers. Buying a power plant for a single home is cost prohibitive.

The same applies to the Cloud. Building out a complete data center for a small businesses technology needs can be prohibitively expensive. Why buy when you can lease?

Sure, Amazon's crash caused plenty of havoc for their customers. Sure, money was lost due to unrealized revenue. Sure, it's a crappy situation if you were counting on Amazon. But at the end of the analysis, the numbers don't lie -- it's still cheaper to run your business technology on the Cloud than it is to build out an expensive infrastructure. I promise you -- even if you include outages, downtime, crashes, acts of God, malicious hackers, gremlins and anything else that can interfere with your service availability -- it is still cheaper to let someone else swallow the costs of hardware, software, maintenance, licenses, bandwidth and technicians.