Why Small Business Should Care About Net Neutrality 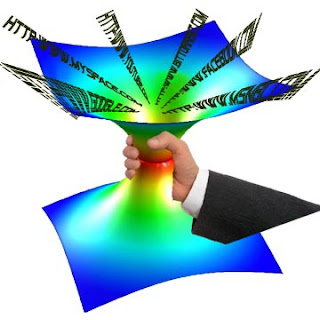 Today I call your attention to this great article by Ned Smith - What Net Neutrality Means for Small Business.

First off, kudos to Ned for taking this topic head on. To date, this has been seen as a pure tech geek issue with no importance to "regular people." But he hits the nail square on the head - network neutrality is critical for small businesses to remain competitive.  Bear with me for a moment as I bore you with some history...

In the late 1800s, Nelson Rockefeller's Standard Oil controlled most US crude oil production. He managed to take over the competition by squeezing them using the railroads. Back then everything traveled by rail, and because Standard Oil was shipping more than anyone else, Rockefeller convinced the railroad companies to give him a discount and then pass the added cost to his competitors! That meant that Standard Oil's products would always be cheaper. Eventually, the other company's sold out to Rockefeller, giving him greater control of the industry.

Because of this unfair trade practice, Congress and the Courts decided that railroads qualify under the common law concept of "common carrier". The short version is that any service provider that serves the public cannot show preference to one customer over another. This is why all New York taxis charge the same fares regardless of operator. Common carrier rules also apply to telecommunications companies, as codified in law by the Communications Act of 1934.

If you are still reading, you might see where I am going with this -- just because telecommunications have evolved into the Internet doesn't change the fact that they are just carrying services (in this case, data packets) for customers. The argument that they are a different service is at the heart of the issue.

The net leveled the playing field by giving everyone equal access. My web site has just as good a chance of getting seen as my competition. But if the cost of my site suddenly triples because I include video and audio, I am less competitive.  Net enabled small businesses will be hurt by any imposition of a tiered Internet system.