What Distinguishes the Network Economy?

In a previous post, I wrote about how the industrial economy is dying. The industrial economy is based entirely on scarcity. It all starts with a hard to find/make item which is then mass produced and sold. If it is successful, more and more are produced and sold until the cost drops. Everything worked under this model but it's starting to unravel.

It started with the music industry. Their entire business model was all about finding talent, recording them and then selling those recordings. As time passed, we went from hundreds of production companies to a relative handful who controlled the music we all listened to.

But it also went further. Recording companies didn't just control the music. They controlled the musicians, the distribution deals that put albums in stores and the radio stations that popularized the music. They stood at the nexus of the industry and reaped untold billions of dollars over the years. Until technology screwed everything up. 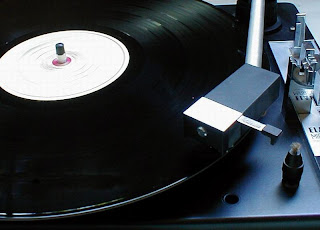 The old vinyl LPs were hard to pirate. The equipment and facilities needed to produce them were wildly expensive. Eight tracks slightly less. Then cassettes came along and it became cheaper to pirate music. CDs and computers eliminated the remaining costs. Now, you don't have to buy any media (LPs, CDs, etc.) because it's just a download away. Goodbye scarcity and the recording industry is in trouble.

Soon many other industries will suffer the same fate. The Network Economy turns scarcity on its head for intellectual properties like music, writing and art. Suddenly everyone has equal access to everything. Newspapers and magazines are feeling the pinch now too.

The lifeblood of modern business is data. Good information is mandatory in order to make good decisions. Like the old saying goes: Garbage In, Garbage Out. More and more data is coming out of everyday products.

For example, in the produce industry we are working on the Produce Traceability Initiative (PTI). This program will help produce companies track foodstuffs from the farm to the supermarket. This will help eliminate future threats to the food supply such as the 2006 spinach e. coli scare. It is a remarkable application of supply chain management systems.

Under PTI, a disposable chip will be attached to the tags on food. Suddenly a bunch of grapes will carry it's own identity and data stream. This data will include the variety of grape, the date it was picked, the location of the farm, which field, which row, who picked it and so forth. Every step along the way from farm to store will add more information to be tracked, recorded and analyzed. Don't be surprised if in the near future produce prices will change based on freshness.

If you accept the idea of price variability, you open up a whole new pricing scenario. Suddenly the price of grapes at the store is dynamic. It can change based on the price of grapes down the street, the weather in California or even currency fluctuations between the US Dollar and the Mexican Peso. The grapes haven't changed (other than aging) but the information has. And everyone benefits.

The store benefits because they can track the aging of their stock to better set prices to stimulate demand. And you don't overpay for old grapes.

Instead of a passive bunch of grapes, it is now an active and dynamic participant in the data stream. It is adaptive and interactive with current events. And because information is part of the product, it is now part of the network economy.

But what about manufactured goods, you may ask. Won't companies that mass produce items still succeed? For a time, yes. But micro manufacturing is a reality. Soon we'll be printing everything we need. Right now we can only produce small, simple items but eventually it will be iPads and smartphones. What happens to mass production then? Suddenly the real value is in the data needed to make the product, not the item itself.

More and more industries will adapt to the network economy and begin to add data to everything. As more data becomes available, it increases the overall value. Ownership is meaningless because data is easy to transfer and exchange. The real value is in the access to the data and the benefits you derive from it.

How are you preparing for the network economy? Will your business survive?